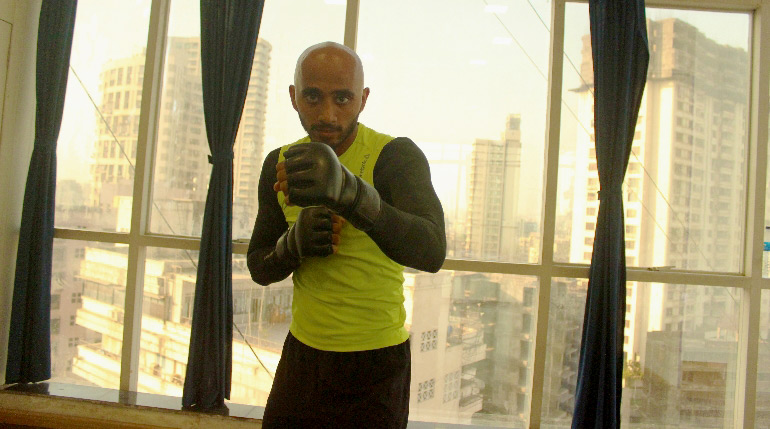 Increasing awareness and experience of the unmissable benefits of exercise on mental and physical health has led to an unstoppable boost in the growth of the health and fitness industry. An unwelcome rise in health issues is now prompting each and everyone to trade their sedentary lifestyle for one comprising of sports and other physical activities, in an attempt to improve physical and mental health. An increasing number of people are also introducing a series of mixed martial arts to their fitness routines. MMA practices like Jiu-jitsu, Muay Thai, Krav Maga and Kickboxing are grabbing the attention of those who are on the road to achieving a new level of fitness. The MMA industry has, in a short span of time, captivated interests and has grown into a million-dollar business. 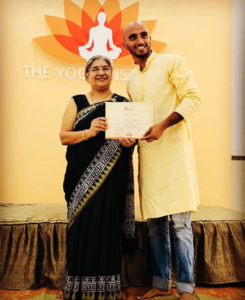 My views on MMA got clearer when I met with fitness trainer, Mr. Pratiush Sharma. A trained Yoga and Capoeira professional, Pratiush is a certified personal trainer who also specializes in functional training, Boxing and Capoeira movement training. A highly motivated MMA contender, he gained additional experience when he trained under international coaches from Israel and Germany.

Amidst his hectic schedule of training for MMA tournaments, Pratiush also makes time to train clients in kickboxing, functional training and yoga under his own brand of classes, namely, Capoeira Movement & Meta-human Gym at Corona Gardens, Bandra west. Currently, he is also training celebrity Divina Thakur, to help her improve her strength, endurance, stamina and agility, by building her stunt skills with soft acrobatics, kickboxing, and ground acrobatics. Even with so much going on, Pratiush was kind enough to spare sometime for a special interview to give us a gist of why he does what he does. I asked him a rather lengthy list of questions on behalf of our readers, and he patiently answered each of them to the best of his ability.

Your choice of pre-workout and post-workout snacks?

I usually have a banana or a banana milkshake before my workouts. If I have to reduce weight before an upcoming fight, I’ll go for a cardio workout on empty stomach. But since every “Body” is different, this (working out on an empty stomach) should be done with caution. My post workout meal is usually sweet potato, roasted veggies and an omelette.

Your take on the Keto diet?

Well if you train hard enough, why abstain from the good natural food that is available? I’ve seen Vegan people with six pack abs, training or even fighting at an International level. People can debate it as much as they want, but if the workout isn’t adequate, no diet will work, be it a keto, vegan, non-vegetarian or vegetarian diet. So, at the end of the day, your diet supplements your workout and the want to work out comes from within you.

What’s an ideal day like in the life of Pratiush Sharma, the Personal Trainer and MMA contender?

My day starts with cardio and strengthening in the morning, followed by taking classes or attending to personal clients. In the afternoon, I focus on my work as a freelance online marketeer. In the evenings, either I have Boxing, Capoeira, Brazilian Jujitsu, Wrestling or Muay Thai and Kick Boxing. On the other days, I take classes to share my knowledge.

How many squats before the body stops responding?

In reality, people have no idea what they are capable of until you push them. I had a student who started with 10-20 squats a day and after few months of regular and calculated training reached up to 350 squats a day. One of my students wanted to go to base camp at Mt. Everest, he reached up to 650 squats a day. And this is calculated training which you develop over a period of time with less risk and injury to the body. I’ve seen people go to up to 1000 or even more squats a day. So, at the end of the day, it all depends on your goal, and what you wish to achieve.

Once you reach 500 squats a day, body stops responding at 100 and it feels like you’ve done nothing. Imagine being able to do a 1000 squats a day!

What motivated you to do what you do?

I was fascinated with martial arts ever since I was in school, and always liked to watch Bruce Lee and Jackie Chan fight. I used to play this arcade game called Tekken, which has a fighter named Eddie who is a Capoeira player. So, I always wanted to learn to do cool moves and kicks.

What’s your take on “cheat meals”?

Frankly, I never had any of these while training. It costs, and as martial artists, we get less sponsors so I’d rather stick to natural food like banana, channa or sprouts.

Your message to everyone out there who considers working out as “work” or a “task”?

Your approach will make a lot of difference. So, developing a mentality for that kind of lifestyle is important. I try to teach my students not to workout but to love learning what I teach. Once they develop a love for working out, they also start learning with more enthusiasm and interest. So, it also has a lot to do with the teacher/trainer, and how they design the workout, mentally and physically. This, accordingly, makes it a “Task” or “Work” for the student.

Your advise to someone who is new to the MMA sport?

Put your mind to it, pick a right school, respect your teacher/coach, and fight hundreds of amateur fights before going pro.

The affordable yet healthy foods people should include in their daily diet?

If you could change something about your career, or do things differently, what would you change?

As a martial artist in India and an MMA fighter, I didn’t have access to the right coaching and nutrition knowledge early on. I got that at a much later stage in my career. But I don’t regret that. However, instead of opting for Engineering I wish I would’ve chosen to become a fighter when I was a teenager.

Your role model in the world of MMA?

How did you get into the sport?

I was always competing in boxing, and I was good at Capoeira. So, after a holiday in Goa, one of my friends, who was already a professional MMA fighter, asked me to give MMA a shot. A week later, I found myself competing in an Octagon.

What does being a fighter mean to you?

Respect, honesty and knowing your art. This sweet science of fighting is not easy to learn.

If you could choose your opponent at an upcoming MMA tournament, who would it be?

I wouldn’t mind fighting anybody in the world, in my weight class.

Have you ever been knocked out during a fight?

Explain a choke hold and a choke slam.

Choke hold – when you have a tight grip around someone’s neck. It can be done in various ways, like the guillotine choke, rear naked choke, triangle choke, variations of these and many more.

Choke Slam – This is what Undertaker or Big Show do in WWE. 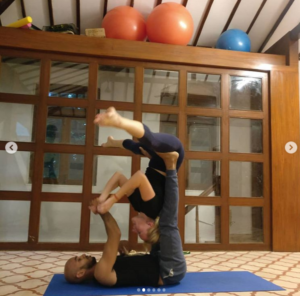 What’s the worst injury you have suffered during an MMA match?

I always believe that worst is yet to come so I prepare myself to be strong for it.

How do you keep yourself motivated?

This profession can get hard at times, when you’re faced with a financial crisis or something. You feel like taking up a job, 24×7. It’s the thrill, I think, of being able to do what others only think of.

It is basically a body weight training where we learn different movements of Capoeira from animal flow to acrobatics to ground games. The training is designed for all fitness levels, from beginners to advance. Anyone can try it out.

How many times a week do you train?

I usually train 5-6 times a week and over the weekend, I try to do some acro-yoga and slack lining.

Pratiush is available for Personal Training & Group Training. Call us on our number to arrange a trial session with Pratiush. See his profile here – https://www.wellintra.com/trainers/pratyush/

Aellina
Fitness Writer at Wellintra Fitness
Aellina has an impressive amount of experience in the field of education, teaching, and fitness. A poet at heart, she didn’t expect to become a writer, but “life can surprise you”. She is also a movie buff who loves to play the keyboard, and sing and dance to almost any genre of music. On a dull day, she prefers to plug in her earphones and “walk it off”. According to her, the best poems are the ones written in the wee hours of the morning. If you’ve played an integral part in her life, chances are, there’s a poem about you hidden in her closet somewhere! 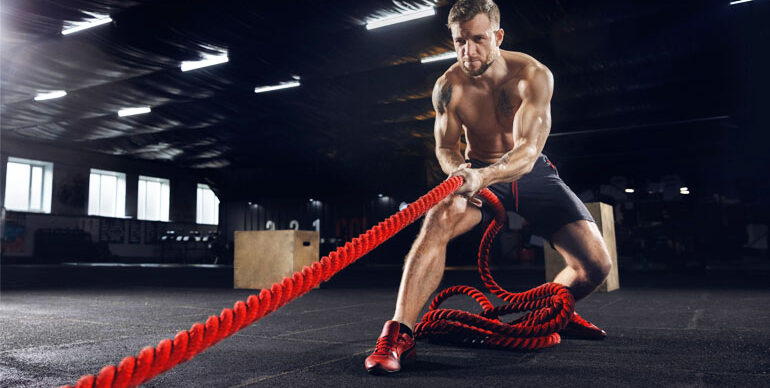 Benefits of Functional Strength Training
Strength Training  Strength training has been debated in the field of body conditioning and muscle strengthening for the longest time. The main reasons for this is that there are several types of Read More »
October 15, 2021 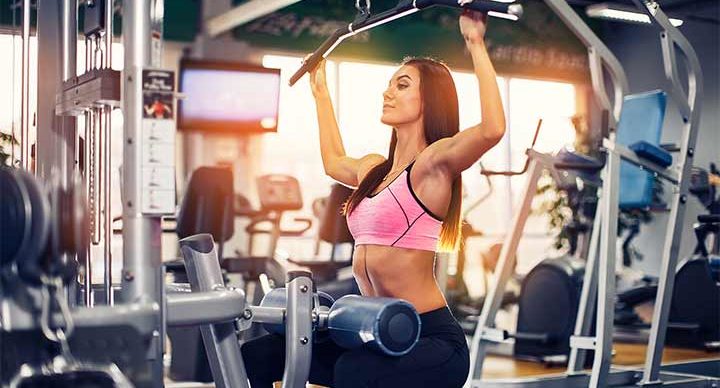 Extreme Fitness for Women
Every human being on this planet needs to be fit. In fact, it is their prime birthright to be fit. Apart from that, fitness is everybody’s primary requirement. Author Recent Posts AellinaFitness Read More »
January 13, 2020 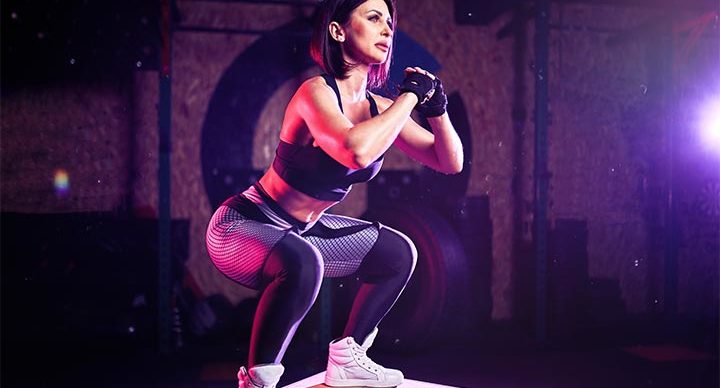 The Science of Warrior Cardio
You want to knock of some extra pounds out of your belly, and you have tried all sorts of diets and exercises, but to no avail. Confused and exhausted, you really do Read More »
December 27, 2019 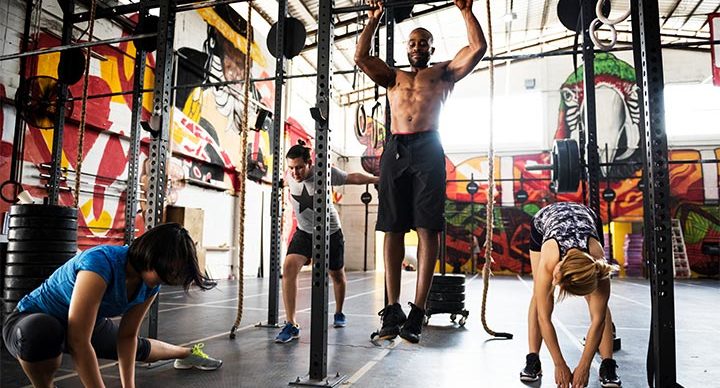 What is CrossFit
CrossFit is a program that is characterized by safe and effective exercises. Individuals today, have begun to turn to this form of workout for a numerous number of reasons ranging from improved Read More »
December 4, 2019