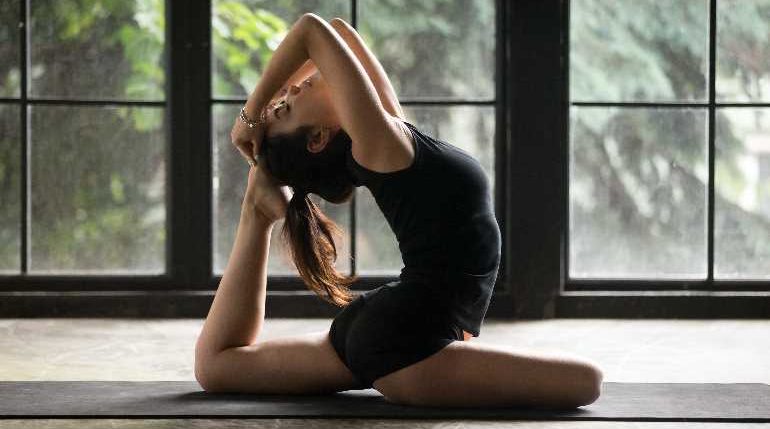 From ancient times, the breath has been recognized as the key of our life. In fact, in the root languages of most of the modern cultures of the world, the word for breath is also the same word used for spirit, life force and even God. Normal unconscious breathing is controlled by the autonomic nervous system but the breath is readily accessible to conscious control and can provide a pathway between our consciousness and our bodies, physiology, deeper emotional states and our deepest spiritual potential. It is this unique aspect of the breath that qualifies it as the primary element in the science of self-development that we find in the Yoga tradition. For this article we will specifically focus on the structural aspects of the breath as they relate to asana practice.

The techniques of breathing used in asana practice in Yoga is designed to maximize certain effects of inhalation and exhalation. The yogic postures themselves can be considered as a way to intensify or extend the structural effects of the breath. All movements in Yogic asanas are initiated through the action of the breath and are guided throughout by the breath. In short: Breath is always initiated prior to movement. The benefits of initiating and controlling breath are twofold: it evokes a natural movement of the spine and the action of an asana is coordinated with this movement. A very beautiful analogy can be made to swimming in a river. The currents of the river can be compared to the breath. The general rule of asana practice is to first feel the current and then swim with it!

The mechanics of breathing like all movements in the body are related to muscular contraction. Inhalation in our bodies is specifically initiated as a result of the contraction of the intercostal muscles which are the muscles between the ribs and the diaphragm. The process is as follows: The intercostals contract, the rib cage elevates and the diaghram contracts downwards. The elevation of the rib cage along with the downward movement of the diaphragm creates a negative density in the thoracic cavity, allowing air to be sucked into the lungs – the result is an expansion of the thoracic cavity. Conscious inhalation during yoga practice should enhance this natural process. All of the yoga movements, such as raising the arms, expanding the chest arching the back, backward bends, extension postures and straightening of the spine from a forward bend, a twist or a lateral position are designed for optimum enhancement of natural breathing process.

The technique of inhalation is one of the most misunderstood aspects of yoga because although it’s basic mechanics are as described above, a number of variations can be introduced for the intention of producing special effects. Variations in breathing can also modify the effects of the breath itself. Variations in breathing can include emphasizing the expansion of the upper, middle or lower rib cage, emphasizing the abdomen or a combination of such aspects. According to the Viniyoga Tradition, the general rule is to commence inhalation with the expansion of the upper chest. As the inhalation advances, move the expansion down into the middle area of the rib cage and finally into the lower portion of the rib cage. In the final part of the inhalation, the abdominal contraction initiated on exhalation can be released, beginning from the top and the releasing progressively in the downward direction.

Where inhalation is a function of muscular contraction, the normal unconscious exhalation is the result of the relaxation of the muscles responsible for inhalation. The process is as follows: As the intercostal muscles relax, the rib cage returns from the elevated position. As the diaphragm relaxes, it rises up and the result if the expulsion of air from the lungs. In Yoga unlike inhalation though, conscious use of exhalation in asana practice does not follow this natural process. Yogic movements linked to exhalation are designed to increase the effects of a particular asana. These movements include lowering of the arms, compression of the abdomen. These movements occur when moving into forward bends, twists, lateral bends and moving out of backward bends.

In asana practice, the main focus of attention must be on the movement of the spine through the breath. This is an important thing to remember because the mechanics of breathing helps us to mobilize the spine in particular ways and at the same time, the conscious control of the breath enables us to link our attention to the movement of the spine. This is because the spine is the core of all movement in Yoga. Linking our awareness to the spine brings a deeper level of awareness to all our movements. We begin to consciously instead of mechanically.

Unable to communicate with Instagram.
Call Now Button
Powered by